Between Zenne and Sonian: the Hallerbos and the art of Lambic brewing.

The land between the river Zenne and the Sonian Forest in the southwest of the province of Flemish Brabant is a hotspot for nature lovers and a paradise for those interested in cultural heritage.
The hilly landscape, famed for its lush meadows and rich fields, is still dotted with countless woodlands, all remnants of the vast “Charcoil Forest” that once covered the entire area.

Due to the wealth of forests and biodiversity, the Flemish government has started a process to eventually transform this area into a national park called “Brabantse Wouden”. The park would extend from the Hallerbos in the west to the Meerdaalwoud in the east and include the Sonian Forest.

Besides paper mills and furniture makers, the Zenne valley (and those of its tributaries) was and is also the land of beer brewing, famous for its Gueuze, Kriek and Lambic. Some breweries still exist, while others, which closed years ago, started brewing again in the traditional way.

Our outing will focus on these two features by visiting the Hallerbos and its purple carpet of hyacinths and by visiting an old lambic brewery in Beersel that recently resumed the brewing process.

Once a year, the Hallerbos turns into a colorful natural spectacle. The Bleubos in Halle owes its name to the enchanting beauty of the purple/blue carpet of the flowering bluebells, also called wild hyacinths. They bloom around mid-April to early May. So what better way to enjoy spring than by witnessing one of the most spectacular spring flower shows in Belgium and possibly the world. In addition to the rich flora and fauna of the forest, we also learn about the history of the Hallerbos and its socio-economic role for the nearby communities in the past and present.

After our walk in the Hallerbos we go to the brewery “Oud Beersel” where we have a beer-flavoured lunch. (Biercafé Oud Beersel, Laarheidestraat, 230  1650 Beersel). One course including 1 glass of beer/ soft drink plus coffee or tea. Vegetarians please notify at registration. 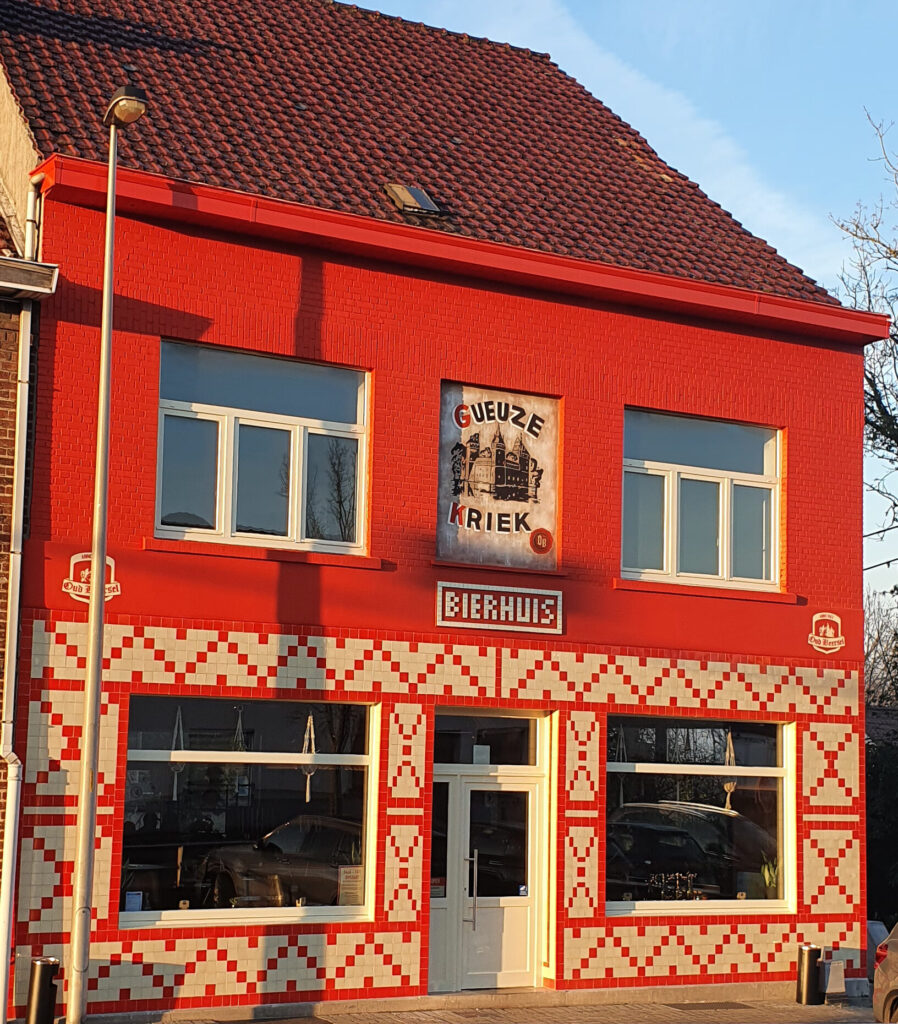 Dating back to 1882, the brewery is one of the last remaining authentic Lambic breweries in Belgium and is known for its Lambic beer, which is made according to traditional brewing methods. Lambic is aged for up to 3 years in wooden barrels, after which it is blended into “Oude Geuze”. Sour cherries undergo fermentation in Lambic beer and after a second fermentation in the bottle “Oude Kriek” is born. This unique brewing process and spontaneous fermentation is made possible by the presence in the Senne Valley (and also in the Pajottenland) of a specific micro flora.
During the 1.5-hour tour of the brewery, participants have the opportunity to taste Lambic and other beers and receive an “Old Beersel” Geuze glass as a souvenir.

A note about Lambiek and Geuze

In the days before Pasteur, when brewers had no idea about yeasts or microorganisms, farmers’ wives brewed their own light ale for their seasonal workers in the fields. (Therefore, in some places, such ales are called “Saisons”.)

The inhabitants of Brussels, who went for a walk in the nearby countryside (‘le pays des payots‘ – Pajottenland), often had a drink in the village of Lembeek. They really liked that local farmhouse brew, which was so refreshing on hot summer evenings. It even became fashionable among the French-speaking bourgeois.
‘Lembeek’ in French sounds like ‘Lambic’ and when the brewers started refermenting the still ale in bottles, it was called ‘Lambic gazeuze’, or ‘Geuze’.

How to get there:

by car: From Brussels take the E19 to Paris/Mons/ Charleroi. Take exit 20 to Huizingen/Alsemberg. Turn left and the the Alsembergse steenweg until the center of Dworp. There take the Vroenebosstraat to the right and continue until you reach the Hallerbosstraat. The parking is at your right side.

Since it is not possible to get there by public transport, participants are kindly requested to consider carpooling or to indicate their willingness to give a lift to others who do not have a car.

If you have registered and paid for this event, let the organiser know, preferably by e-mail, and he will arrange for a more detailed programme and more precise guidelines in the week preceding the outing.