Taking account of the worsening covid situation in Belgium, and in Brussels in particular, and following different inquiries from participants during our Saturday outing in Bruges, our Steering Committee decided to cancel this event. The covid situation doesn’t leave us with any other choice.

Since the beginning of the covid crisis, we have had in mind the wellbeing of our members. All our activities were organized, cancelled or rescheduled in order to fully comply with and adhere to the measures of the Belgian authorities, thereby applying the precautionary principle, that is to say: in case of doubt, go for the safest solution.

On December 11th, we invite you to join us in the Bozar, the Brussels Centre of Fine Arts, for our last event of the year.

At 16.00 in the Bozar Studio, the famous pianist Daniel Blumenthal will regale us with an exclusive recital, especially designed to reflect the warm, pre-Christmas atmosphere. And there will be some typical British tunes too!

At 17.00, the recital will be followed by our traditional end of year drink in one of the beautiful salons of the Bozar.

Guests can join for the same price as NTAB members, which is an opportunity to invite your friends and introduce them to our association! 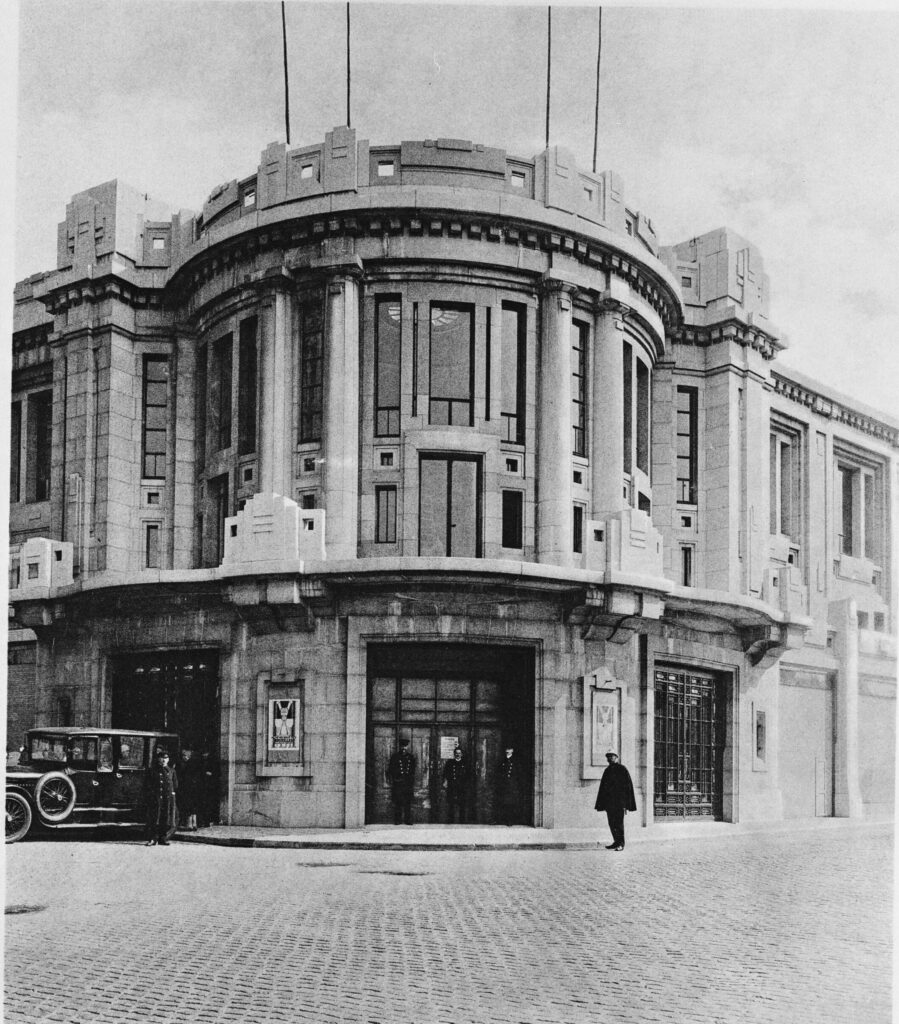 The Centre for Fine Arts shortly after completion

How better than to close this year’s programme by submerging ourselves in Belgium’s leading cultural reference, the Brussels Centre of Fine Arts (CFA) or BOZAR, as it is better known these days, a masterpiece of the Belgian architect Victor Horta.
Situated right in the middle of the Mont des Arts / Kunstberg, where the upper part of Brussels meets the lower part, BOZAR opened its doors in 1928. One cannot fail to be seduced by the strange beauty of a building that is at once imposing and intimate.

Today, whether you want to enjoy concerts, exhibitions or other cultural and artistic delights, BOZAR stands out among other cultural institutions thanks to its vast multidisciplinary and diverse programme. To many of us, it is already a familiar place.

PARTICIPANTS ARE REMINDED THAT UNTIL FURTHER NOTICE COVID SAFE TICKETS ARE MANDATORY FOR EVENTS IN BOZAR SUCH AS CONCERTS WHILE THE MEASURES FOR VISITING THE BUILDING (FACE MASKS AND SOCIAL DISTANCING) REMAIN UNCHANGED.

The American pianist Daniel Blumenthal is a member of the Piano Quintet of La Monnaie / De Munt and regularly performs with renowned international artists such as Barry Tuckwell, Pierre Amoyal, José van Dam and Marie-Nicole Lemieux.

He is a piano teacher at the Royal Conservatory of Brussels, as well as a pianist and teacher at the Thy Master Class Chamber Music Festival in Denmark.

Between 1981 and 1983, Blumenthal was a laureate of several international competitions: Sidney and Leeds in 1981, Geneva and Busoni in 1982 and the Queen Elisabeth International Music Competition of Belgium in 1983. He was a jury member of the latter competition in 1995.

His musical career has many facets. He devotes himself to the solo repertoire as well as concerti, chamber music and lieder repertoire.

His extensive discography counts more than 80 CDs. A CD dedicated to the French composer Antoine Mariotte was released at the end of 2015 on the Timpani label, and a 3-CD set dedicated of 20th-century Flemish Sonatinas was released in 2016 on the Fuga Libera label.