Charleroi, where the industrial revolution flourished … and struck

On 18 November, we will visit Charleroi, one of the cities where the industrial revolution in Wallonia took off, resulting in a boom of the iron, coal and glass industry and in the first influx of Italian immigrants; a city also where the industrial revolution left its dramatic mark after the mining disaster of 8 August 1956. We will visit different sites that are inscribed on UNESCO’s World Heritage List.

Our programme will start at 10.30 with a visit of the majestic Town Hall, a mix of Classical and Art Deco style, a masterpiece of architect Jules Cézar (yes, indeed!). We will be guided through the building with its majestic staircase, long corridors, beautiful bas reliefs and will have the opportunity to admire the impressive early 20th century Belfry, which is inscribed on UNESCO’s World Heritage List.

It is expected that the mayor of the city, Mr. Magnette, also a well-known political figure, will welcome us and give a talk about Charleroi, its emergence as a major industrial centre and its impact on the social life of the city, as well as on its present day ‘renouveau’.

After visiting the town hall, we drive to the former mining site Bois du Cazier in Marcinelle, one of the suburbs of Charleroi (a 20 minute drive). The site is also on UNESCO’s World Heritage List.

After lunch on site at the EMOCION restaurant, we will first visit the Memorial of the 8 August 1956 disaster. The visit will provide us an insight in the different aspects of the history of the mining industry in Belgium and the ensuing immigration.

The site has also two museums: the Industry Museum shows the Industrial Revolution through its main fields of activities and the changing status of the working class, whereas the beautiful Glass Museum has both archeological, 19th century and contemporary collections. Throughout the visit we will also hear some references to Britain.

Our programme ends at 16.30, but participants wishing to stay on will be allowed to do so after the normal closing hour of the site (17.30). 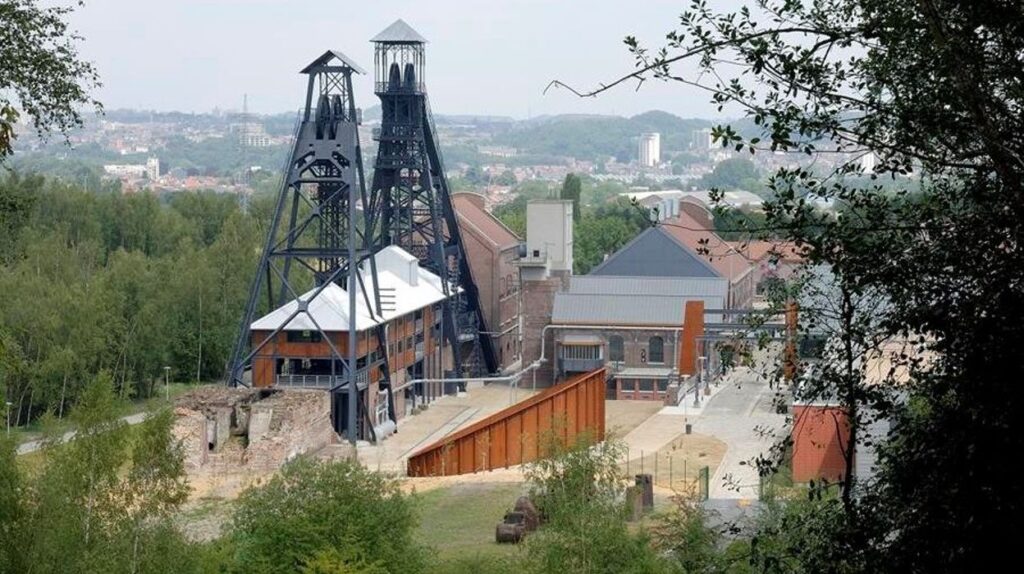 More practical information and the participation fee will be announced shortly.

Charleroi is easily accessible by train, but we will try to provide carpooling from the Brussels area as well as from Charleroi South Station.